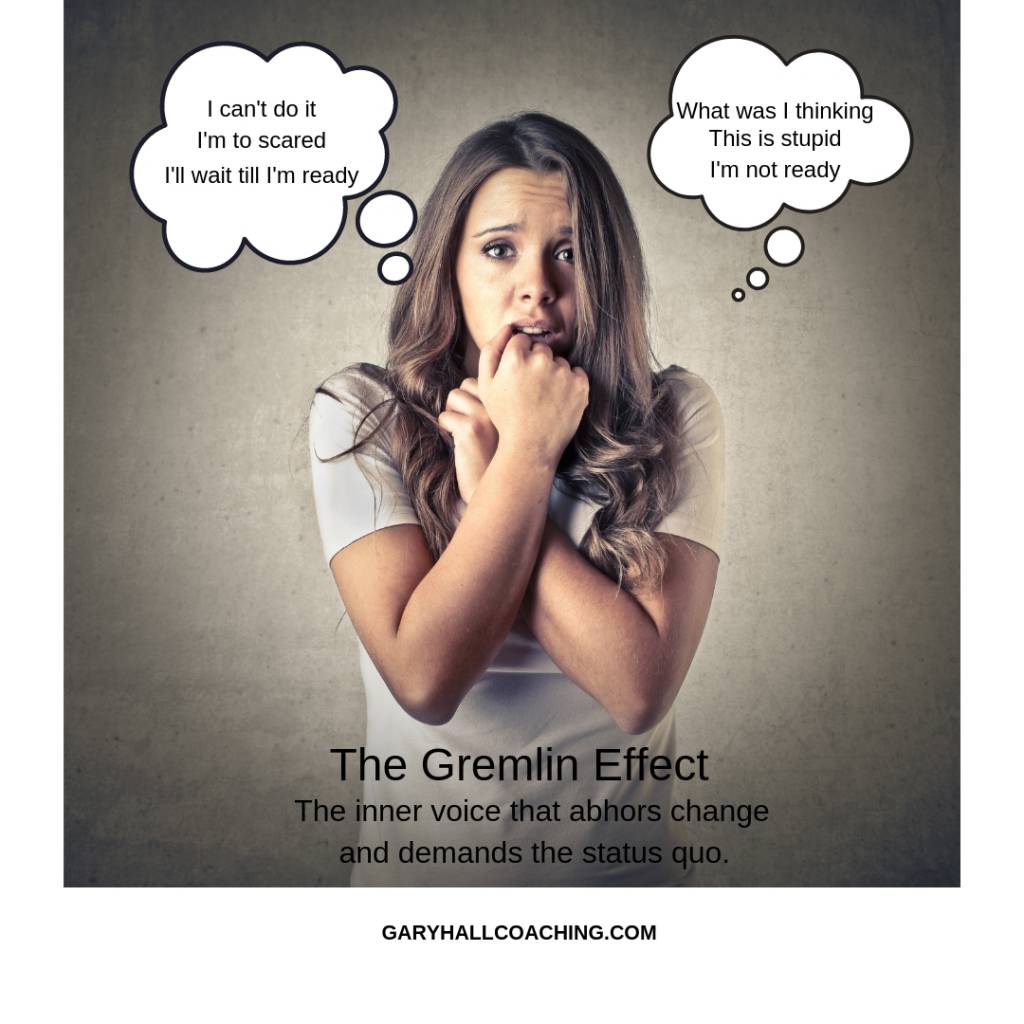 During the course of the coaching relationship, clients will experience ups and downs, plateaus, periods of great insight, everything happening at lightning speed, followed by a trough of the wave, drifting in the doldrums.

In particular, for most clients, there’s a slump between weeks three and eight. It happens because change is not happening fast enough or the initial euphoria of commitment has worn off. The client realizes that talking about action is one thing and actually taking action is quite another.

One of the reasons coaching relationships typically have a minimum time agreement of three months is to help clients get past this initial slump.

The slump can also be a sabotaging work of the client’s Gremlin – that inner voice that abhors change and demands the status quo. It’s the voice that says “This is stupid, or too risky, or you’re not ready, or you’re not equipped, or……..” Well, you probably know that voice yourself.

As soon as the client’s Gremlin catches a whiff of significant life change, it’s likely to show up with lots of reasons why this program shouldn’t go one step further. As a coach, I need to point this out and bring it to my client’s attention during the initial intake session so the client can be forewarned and forearmed.

The intent of the Gremlin is not malicious mischief. The intent is to preserve the status quo. A similar voice has kept us from doing stupid and dangerous things in the past. It’s just that, at the point when people really need to take risks and make significant changes in their lives, Gremlin will always be there.

The Gremlin has a favourite language set: “ I should be stronger……I shouldn’t be so needy…….. they won’t like it if I do……. I can’t succeed on my own……. I don’t have the answers /don’t have the money/talent don’t have the experience/don’t have whatever they’re looking for. 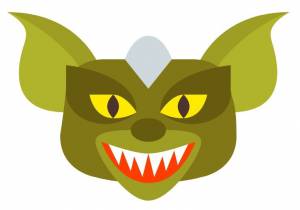 The variations are endless. And at any point where the client is considering action that poses the least chance of risk, you will hear the Gremlin’s familiar phrases: “ What was I thinking of? This is stupid! This is too risky, and I might get hurt. What will they think of me? I’m out of my league and way over my head”.

The Gremlin is scared most of the time. But it’s even scarier when the Gremlin starts to sound almost reasonable: “I’ll be more productive if I wait until Monday……I have to earn a living after all……I should give this more consideration – no need to be hasty.” The Gremlin is always there to point out your weaknesses, your failure – to reinforce your self – limiting judgements and beliefs. He’s there to hold you back and hold you down.

The point to remember is this: The Gremlin does not care whether or not you honour your values. The Gremlin wants what it wants in the moment. About the only time, the Gremlin cares about your values is when you’re not honouring them the way you said you would. Then the Gremlin says: “See, you’ve got no spine. You’ve got no follow through. Give it up.” And remember that the Gremlin is with you for life. There is no killing it off. So it’s important that the coach and the client become skilled in noticing the Gremlin. It’s the first step to liberation.

There is a profound Cherokee story involving a conversation between a young boy and his wise old grandfather. One evening, as the two of them sat together by the fire, the old man began to teach his young progeny – as wise old grandfathers are wont to do – about the most important lessons of life.

The young boy had had a bad day; he had been very disobedient – as young boys are wont to do – and, now, in the warm shadows of the firelight, old man and young boy sat in silence. The boy’s face was rigid with resentment over his parents’ punishment for his disobedience, while the old man, leaning heavily on his knees, idly drew figures in the dusty earth.

After a long while, the grandfather began to speak. “There is a terrible battle going on inside my soul,” he said quietly. Another long pause. When the boy could stand the suspense no longer, he asked “What does that mean, Grandfather? What kind of battle do you face?”

“There are two wolves living inside me and they are in a raging battle.”

“Yes, right now. In fact the wolves never seem to stop their warfare.” The old man sat back – looking far into the distance.

“What are they fighting over, Grandfather?” the boy asked.

“I don’t understand,” said the boy, turning toward the old man. “Who are the two wolves?”

The wise old man continued. One is evil – he is anger, envy, sorrow, regret, greed, arrogance, self-pity, guilt, resentment, inferiority, lies, false pride, superiority, and ego.” He continued, “The other is good – he is joy, peace, love, hope, serenity, humility, kindness, benevolence, empathy, generosity, truth, compassion, and faith. The same fight is going on inside you – and inside every other person, too.” These two wolves are fighting all the time, and my soul is their battleground.”

The grandson thought about it for a minute and then asked his grandfather, “Which wolf will win?”

The old Cherokee simply replied, “The one you feed.”

Grab yourself a coffee and let’s have a chat. If all this call did was to inspire you into action would it be worth it?

I Will Motivate You To Take Action In 30 Minutes