As a coach it is my job to explore and shine a light on a client’s beliefs, our beliefs are important to us some of which may be outdated negative beliefs that don’t serve us anymore. Now we are not talking about beliefs in the religious sense.

The beliefs I am talking about are the rules of your life, the rules you live by. These rules may be liberating and empowering and give you permission to get your goals and live your values. They may also be obstructions, making goal impossible or leading you to believe you are not capable of getting them.

The dictionary definition says a belief is, “A principle accepted as true or real without proof. An opinion, a conviction.

Beliefs are principles of action, not empty theories. So if you want to know what a person believes, notice what they do, not what they believe. We believe that night follows day; we don’t try to test it, we have the physical evidence to prove it, we are not influenced one way or the other by our belief in it. However, our relationships, thoughts, feelings, abilities and possibilities are influenced by our beliefs about them.

We form our beliefs as a result of our experiences. Then we act as if they are true (just like night follows day). In one sense, they are self-fulfilling prophecies. If you believe you are a likeable person, you will act that way, approach people openly, be gregarious and enjoy being with people. They will warm to you, and so you gather the evidence to support and confirm your belief.

We think that beliefs are formed by experiences, but equally, experiences are the result of beliefs.

Beliefs can and do change. But the belief that beliefs are changeable is in itself a challenging belief to many people because they tend to think of beliefs as possessions. People talk about ‘having’ and ‘holding’ onto beliefs, ‘losing’ or ‘gaining’ them. No one wants to ‘lose’ something. It would be better talking about ‘leaving’ or ‘outgrowing’ beliefs, rather than ‘losing’ them.

Where do your beliefs come from?

Initially, our beliefs come from other people like parents, teachers, peer group, friends, family, the media and religion. In fact, from anyone who ever exerted, or still exerts, any influence over us. They are formed in childhood and during adolescence.

How are your beliefs strengthened?

Adolescence and puberty are times when most people become acutely aware of their self-image, and this is an age when many belief patterns are formed and which, if left unchecked, may last a lifetime. By adulthood, self-image is a collection of all the lifetime attitudes and opinions that have been received from others. And self-image creates the belief of who or what you are. Every human being has developed initial beliefs in a similar way.

Can you remember any strong beliefs that you formed about yourself or your situation? It is very likely that those beliefs still influence your behaviour today. I certainly can, and that belief was formed over 50 years ago, and I can still recall it to this day.

Also, we have a personal investment in our beliefs. When the world confirms them, then it makes sense to us, is predictable and give us a sense of security and certainty. We even may take a perverse pleasure in disaster, providing we have predicted it. ‘I told you so’ is a satisfying phrase, not because we wanted anything to go wrong, but because our beliefs were proved right. 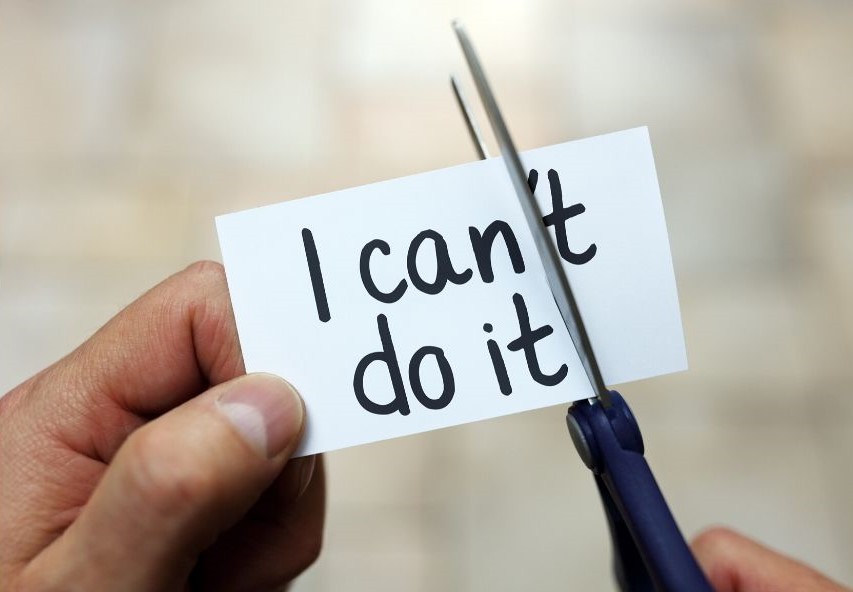 Limiting beliefs are the major culprit, the gremlins stopping us achieving our goals and living our values. They act as rules that stop us getting what is possible, what we are capable of, and what we deserve. When a coach asks, “What stops you from achieving your goal?” the answers very often are limiting beliefs.

Limiting beliefs may come from childhood when we copied our parents-parents are never perfect. These early beliefs often stay hidden, and we do not consciously evaluate them as adults. We also pick up limiting beliefs from media. Soap operas set up situations where the characters have to act out stupid limitations; otherwise there is no drama.

Here are some typical limiting beliefs:

‘I need to work very hard to have enough money to live.’

‘I can’t trust anybody.’

‘Most people are luckier than me.’

‘You can’t get over a bad start in life.’

‘I do not deserve success.’

‘Other people are better than me.’

The list goes on and on. These and similar beliefs are only true if you act as if they are (remember the story you tell yourself). Suppose they are mistaken: what difference would that make? Is the difference worthwhile?

Let’s take as an example a client comes to me to with the goal ‘to learn how to work a computer’, but their limiting belief is saying ‘I can’t work a computer’. In order to achieve their goal, the client needs to believe three things:

Possibility:   It is possible to achieve them.

Worthiness: They deserve to achieve them

Possibility, Ability and Worthiness are the three keys to achievement- the PAW process.

First, a client has to believe that their goals are possible for them. Otherwise, they will not even try to achieve them. We all have physical limits because we are human, not superheroes. However: We do not know what these limits are.

We cannot know what they are until we reach them.

Often, we mistake possibility for competence. We think something is not possible when in fact we just do not know ‘how to do it’.

When a client believes that their goal is possible, then at least they are in the game. The next block is that they believe they are incapable of getting their goal. They have put a mental ceiling on their achievement.

A coach can give their client one basic true belief: You have not reached the limit of what you are capable of.

Once it was thought impossible for any human being to run a mile in less than four minutes, then Roger Bannister did it at Oxford on 6th May 1954. After that, a strange thing happened – more and more athletes started running a mile in under four minutes and dozens have done it, two years on. This ‘impossible’ achievement is now commonplace. Bannister’s achievement changed a worldwide belief in what was possible.

So, I ask a client to keep an open mind about their ability.

Sometimes clients will cheerfully announce that they do not have the ability to do something. They may even boast of their limitations, mistaking this for modesty. Listen for a day or two, and you will hear a string of admissions from people about what they cannot do just like; ‘I can’t work a computer’. When I hear this sort of thing from a client, I ask them to change their language to, for example: ‘I can’t work a computer at the moment.’

Changing the language is the first step to changing the thinking and hence the beliefs.

Finally, the client must believe they deserve to achieve their goals. Often there is a belief leftover from childhood that they do not deserve anything that they have not worked hard for it. Or the belief may be that they only get things because of ‘others’ generosity, not for themselves. Some clients believe others have to fail for them to succeed, and this makes them incongruent about success.